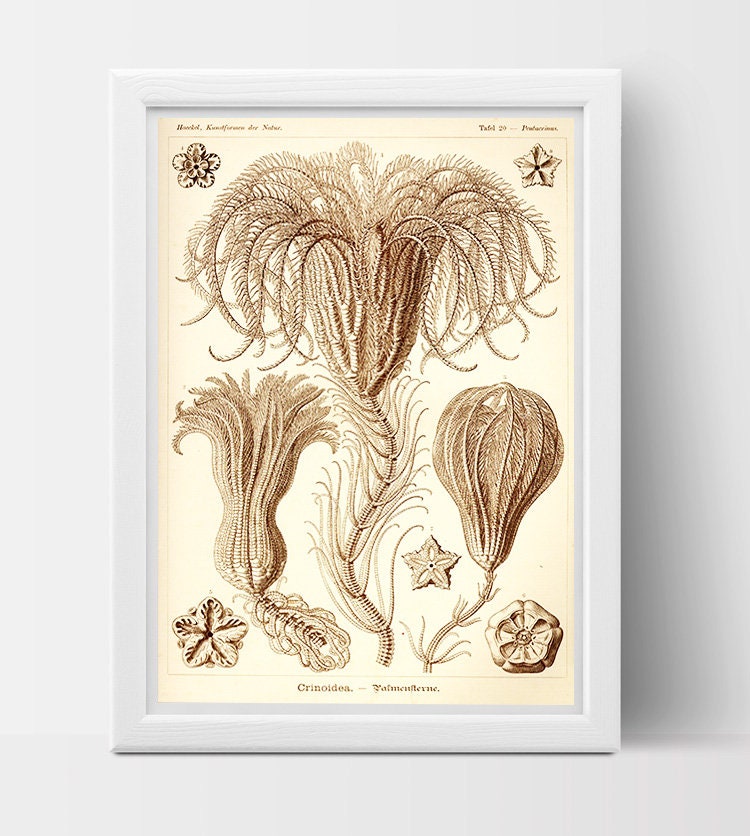 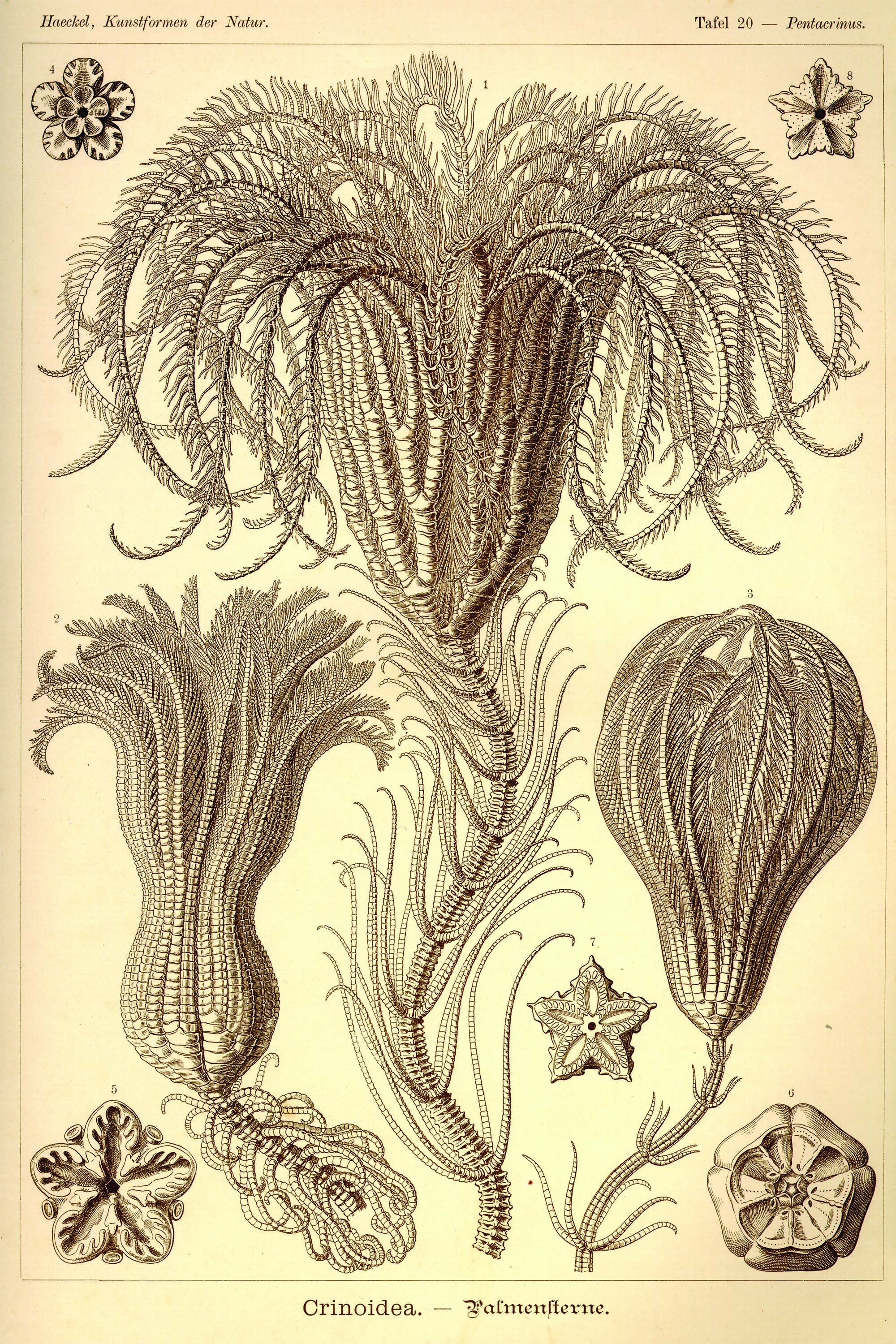 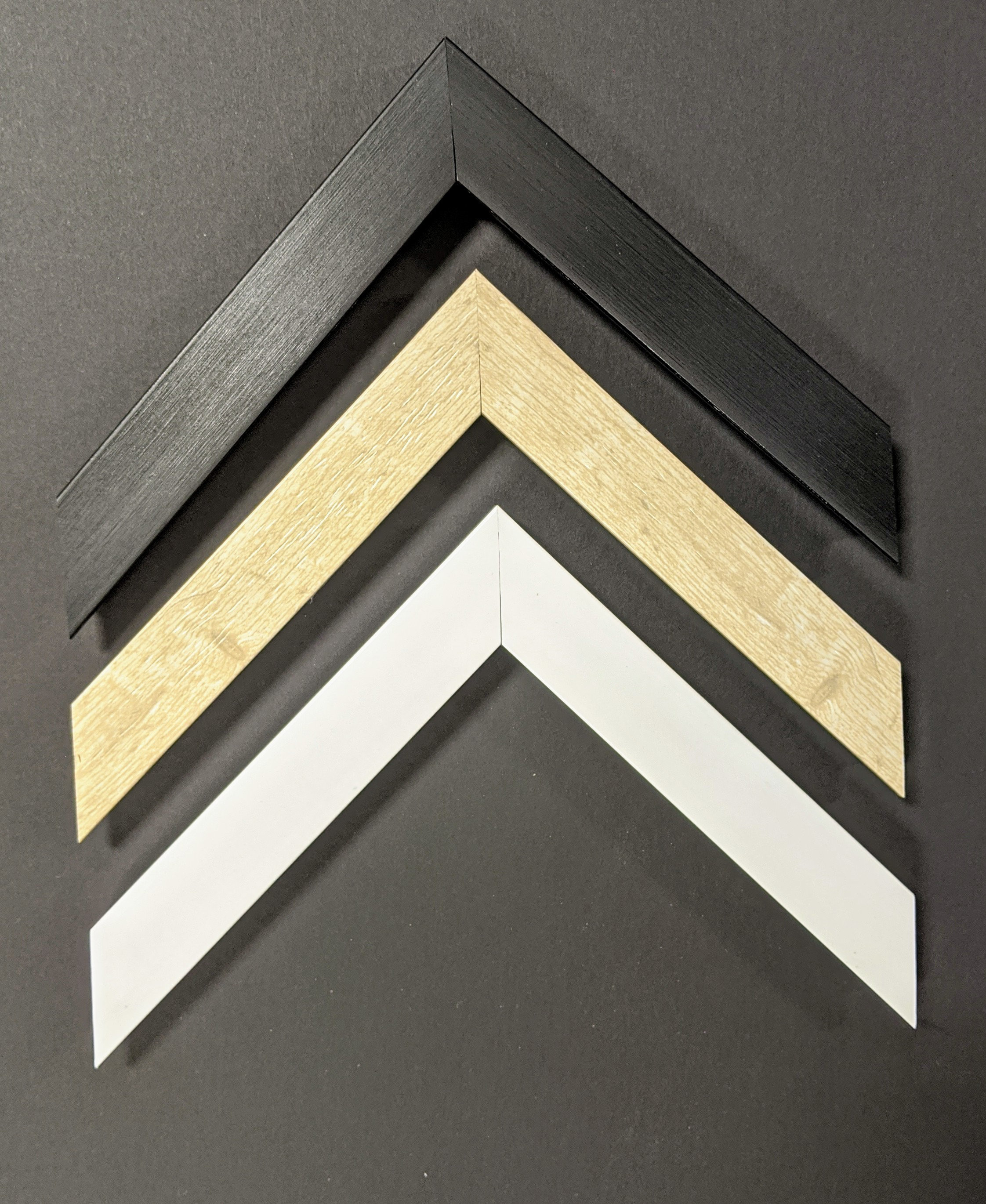 Crinoids are marine animals that make up the class Crinoidea, one of the classes of the phylum Echinodermata, which also includes the starfish, brittle stars, sea urchins and sea cucumbers. Those crinoids which, in their adult form, are attached to the sea bottom by a stalk are commonly called sea lilies, while the unstalked forms are called feather stars or comatulids, being members of the largest crinoid order, Comatulida.

Ernst Haeckel was a German zoologist, naturalist, philosopher, physician, professor, marine biologist, and artist who discovered, described and named thousands of new species, mapped a genealogical tree relating all life forms, and coined many terms in biology, including ecology, phylum, phylogeny, and Protista.
The published artwork of Haeckel includes over 100 detailed, multi-color illustrations of animals and sea creatures.