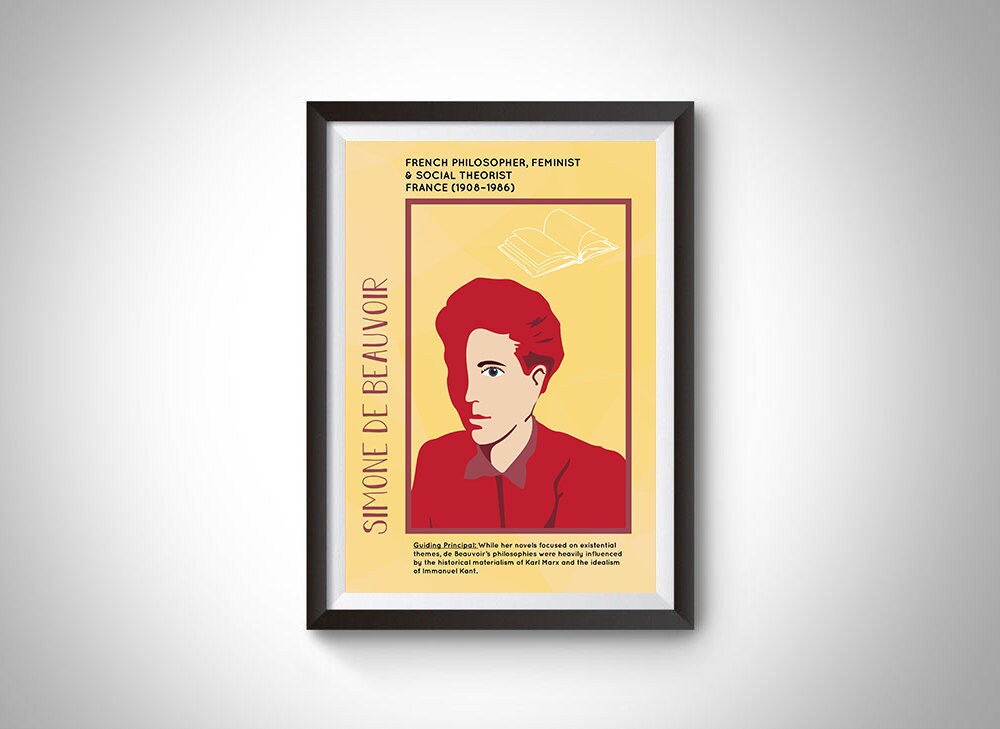 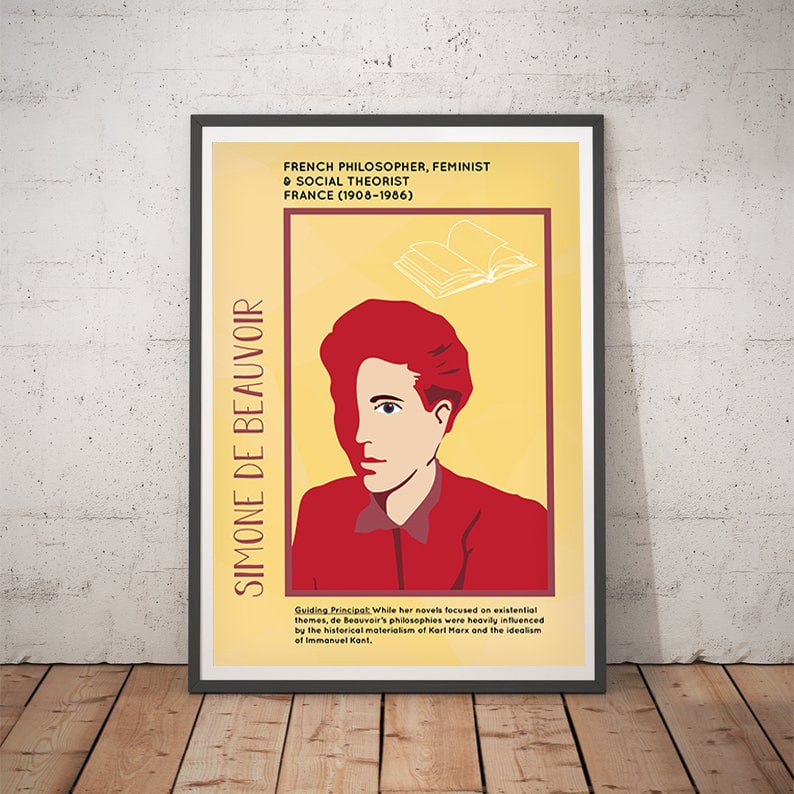 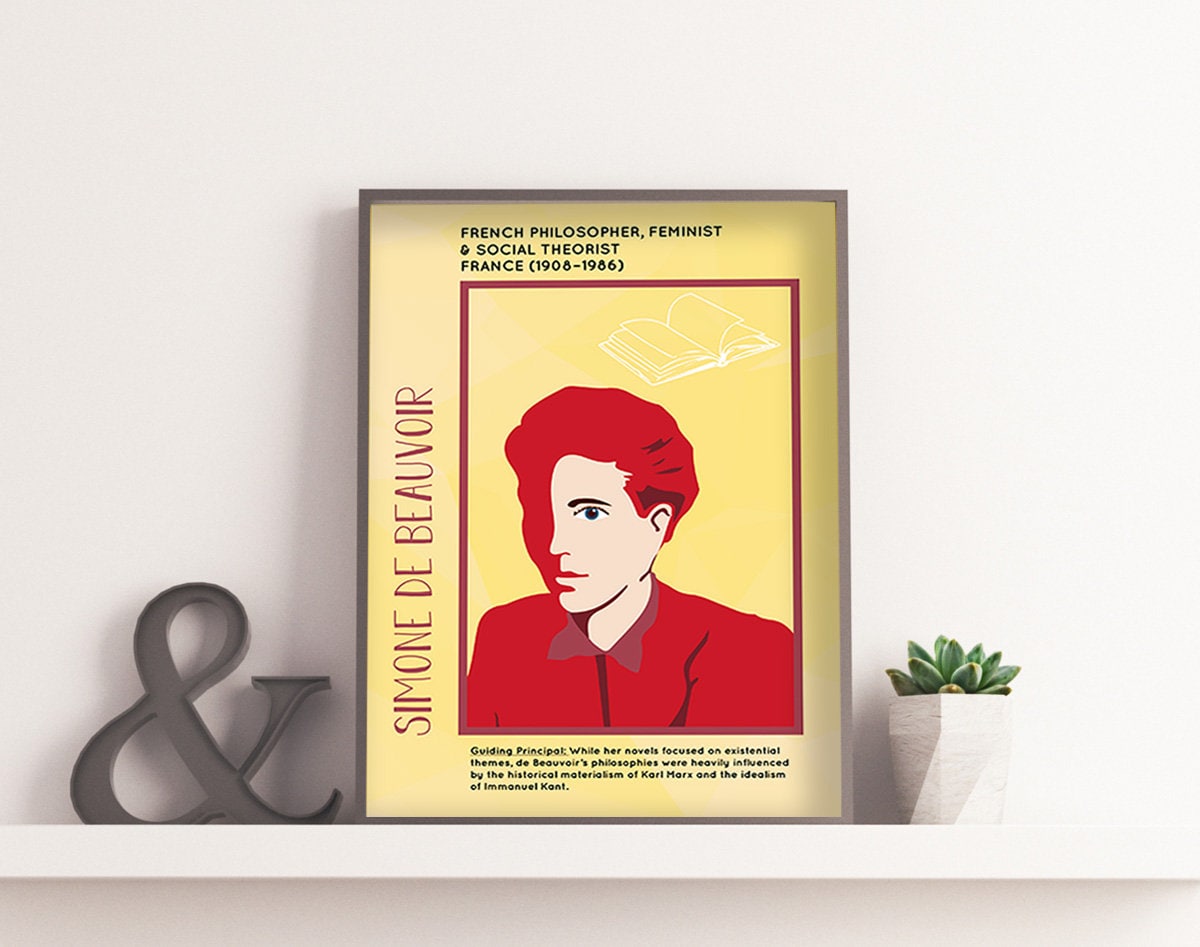 There are some thinkers who are, from the very beginning, unambiguously identified as philosophers (e.g., Plato). There are others whose philosophical place is forever contested (e.g., Nietzsche); and there are those who have gradually won the right to be admitted into the philosophical fold. Simone de Beauvoir is one of these belatedly acknowledged philosophers. Identifying herself as an author rather than as a philosopher and calling herself the midwife of Sartre’s existential ethics rather than a thinker in her own right, Beauvoir’s place in philosophy had to be won against her word. That place is now uncontested.

Great poster for the classroom!