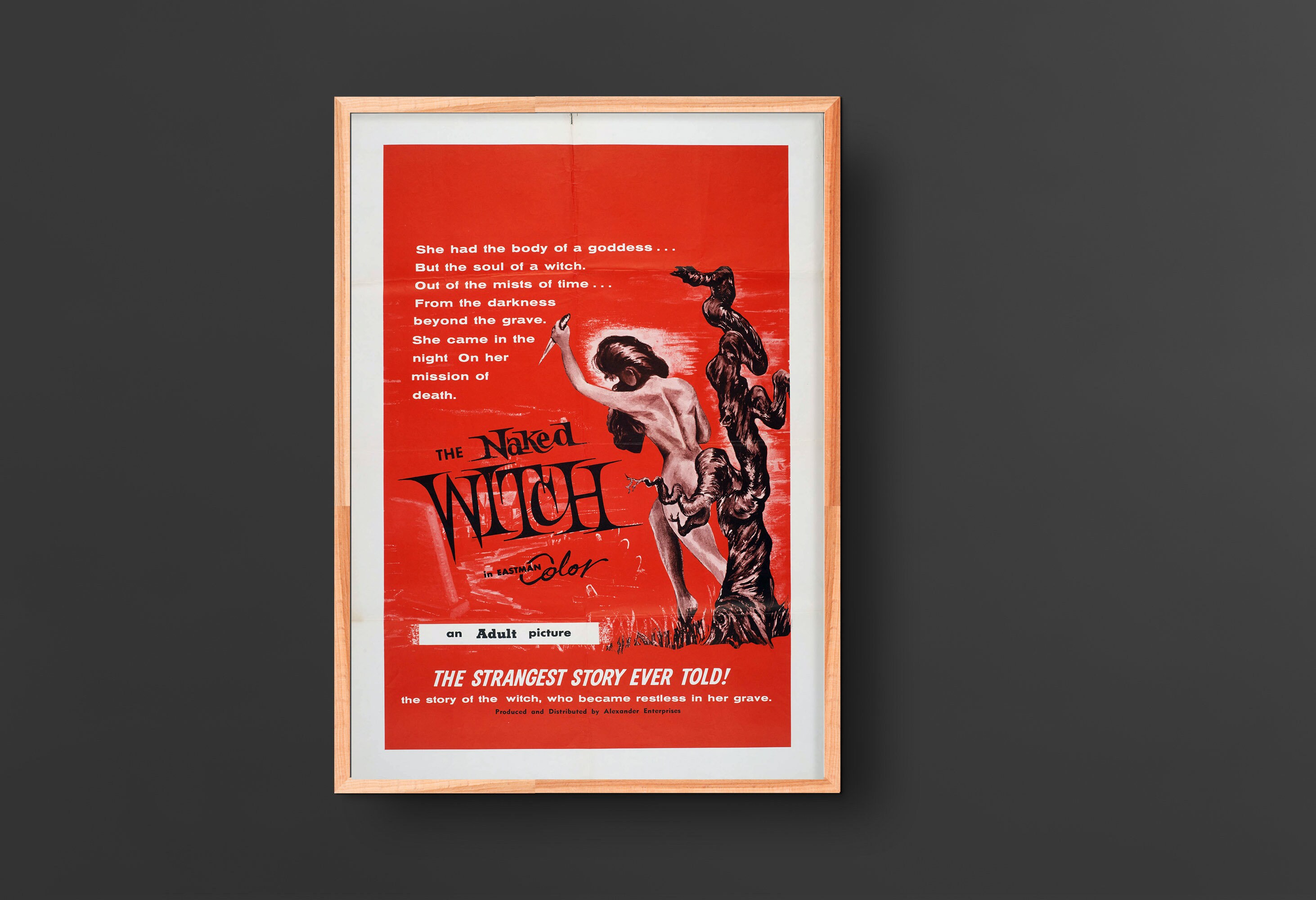 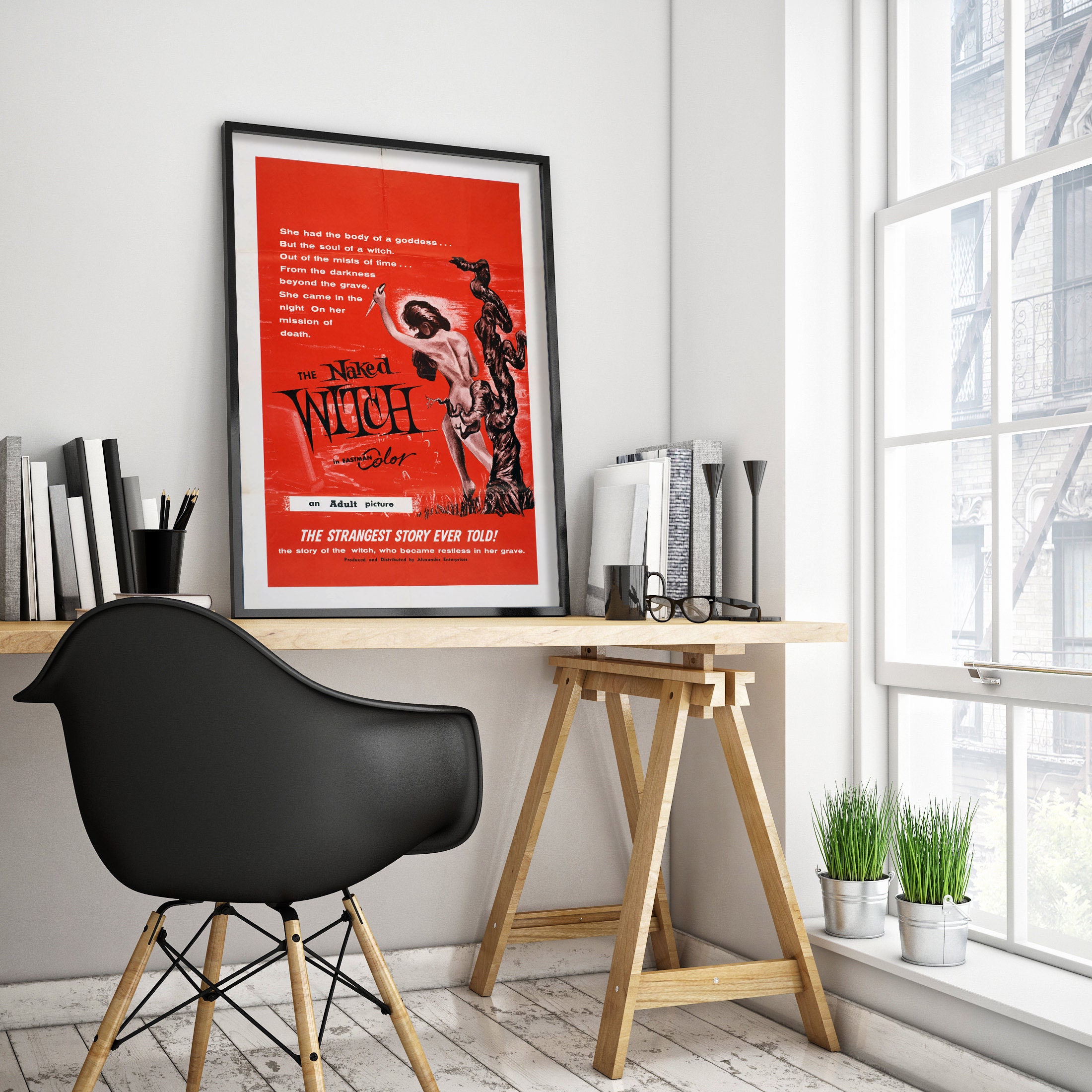 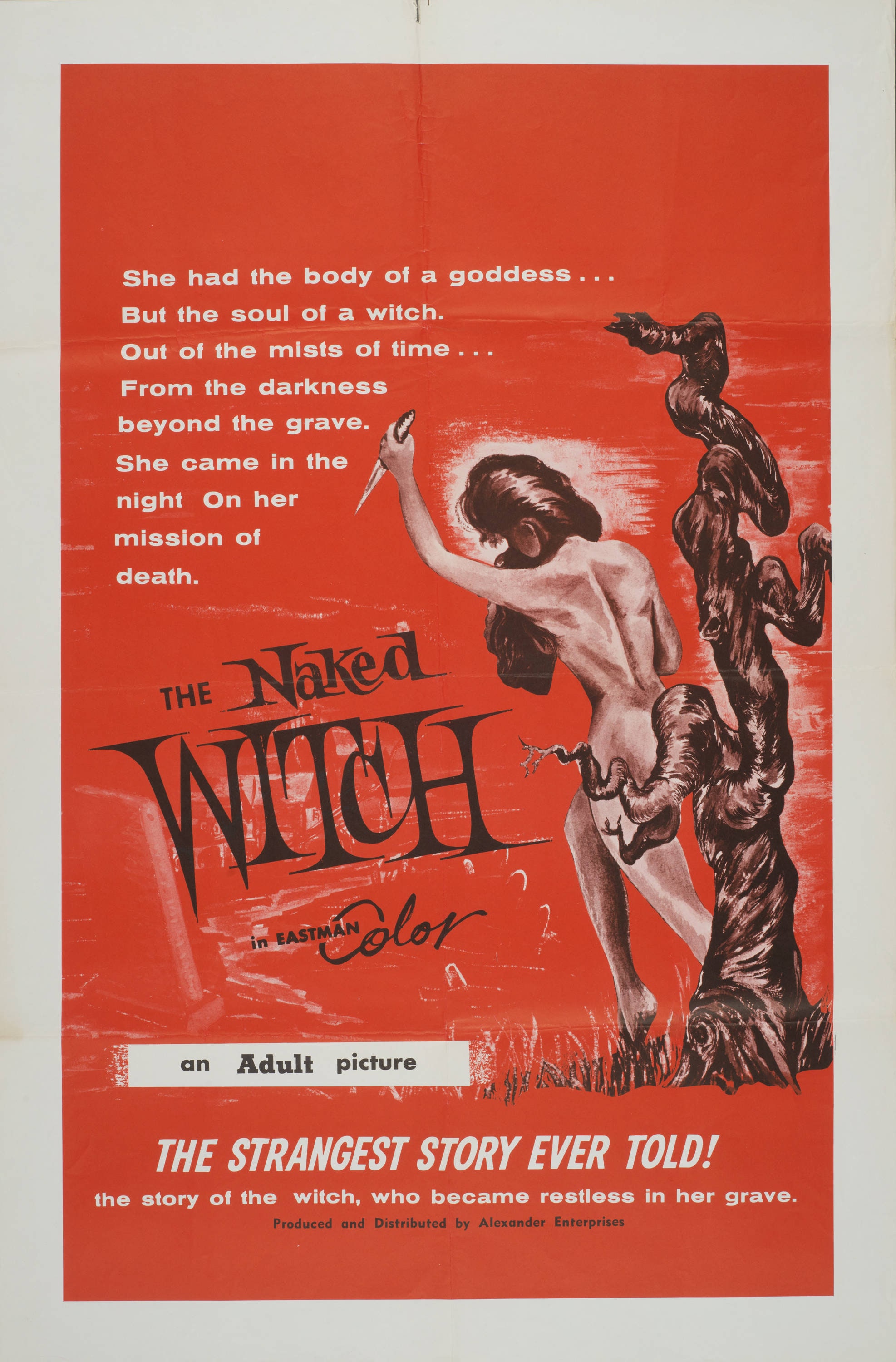 The Naked Witch is a color, regional 1964 American horror film, produced by Claude Alexander, and written and directed by Larry Buchanan. It stars Libby Hall, Robert Short and Jo Maryman. The film was shot in 1960 and has a copyright date of 1961 but was not released until 1964. It tells the story of a university student who travels to Texas, where he inadvertently restores a dead witch to life. She then takes revenge on the Schöennig family, one of whom, her lover, had denounced her a century earlier. The student falls under the spell of the witch but recovers in time to save Kirska, the only remaining Schöennig, before he himself kills the witch again.
This poster is produced using tear-resistant, waterproof material.