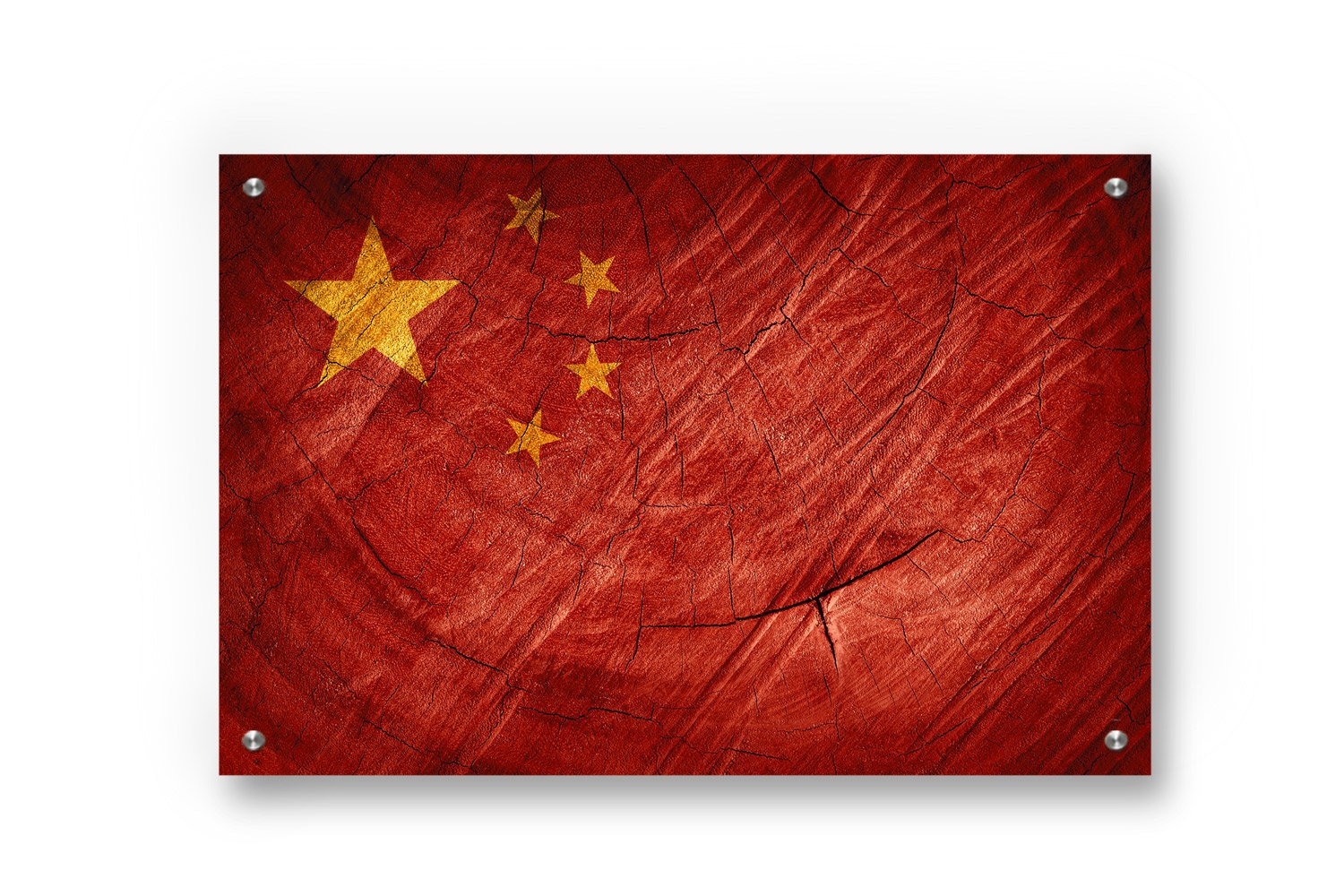 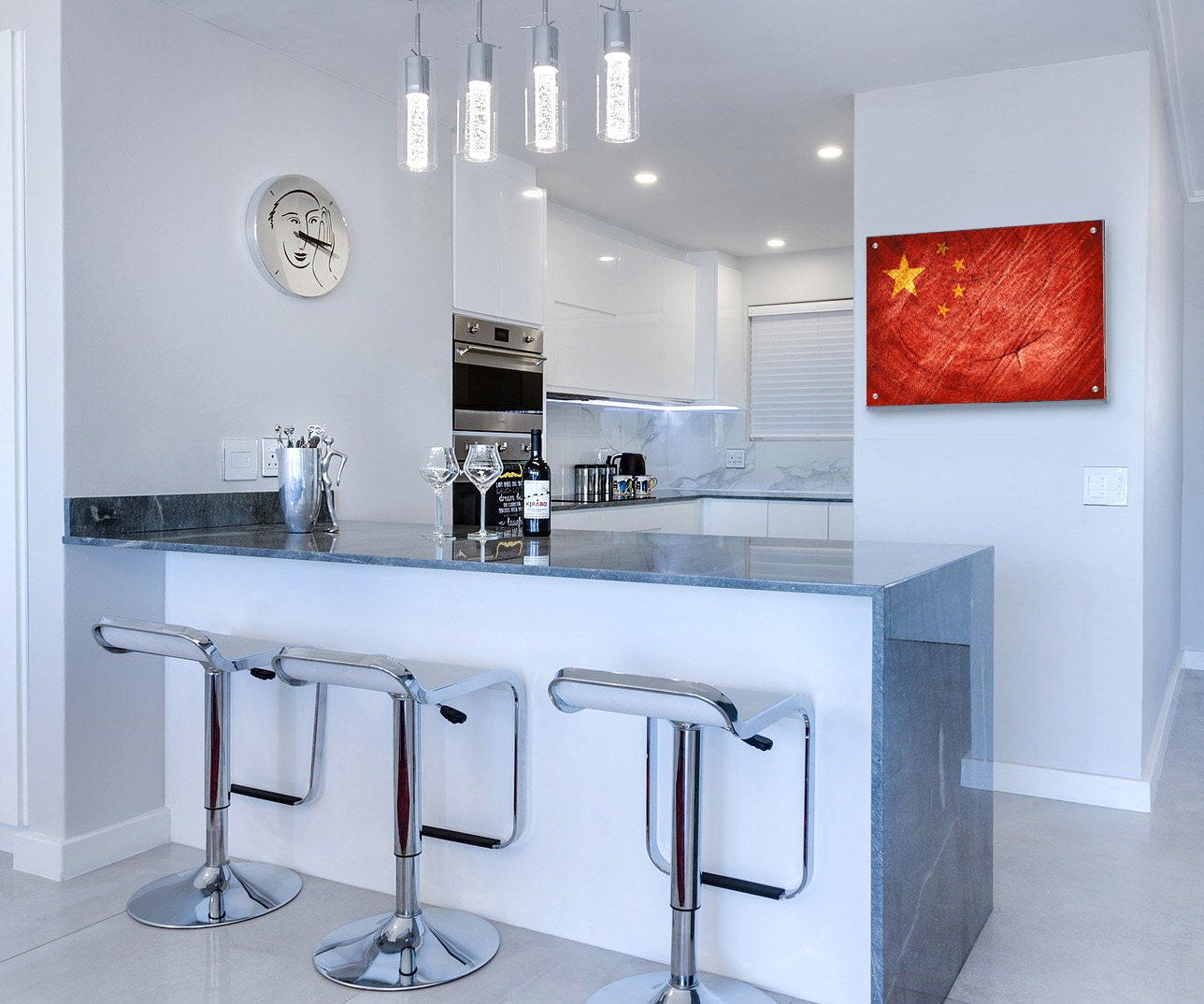 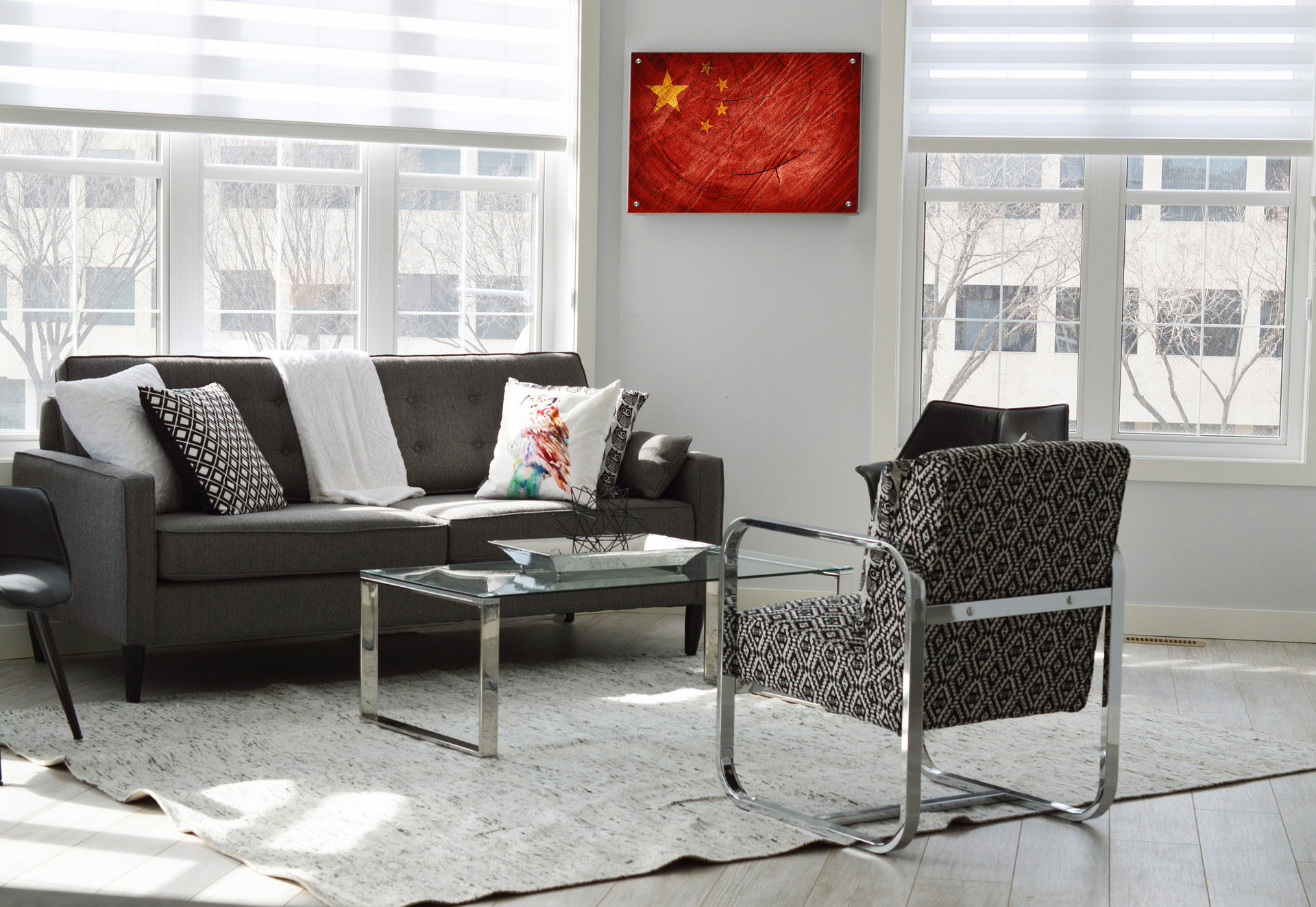 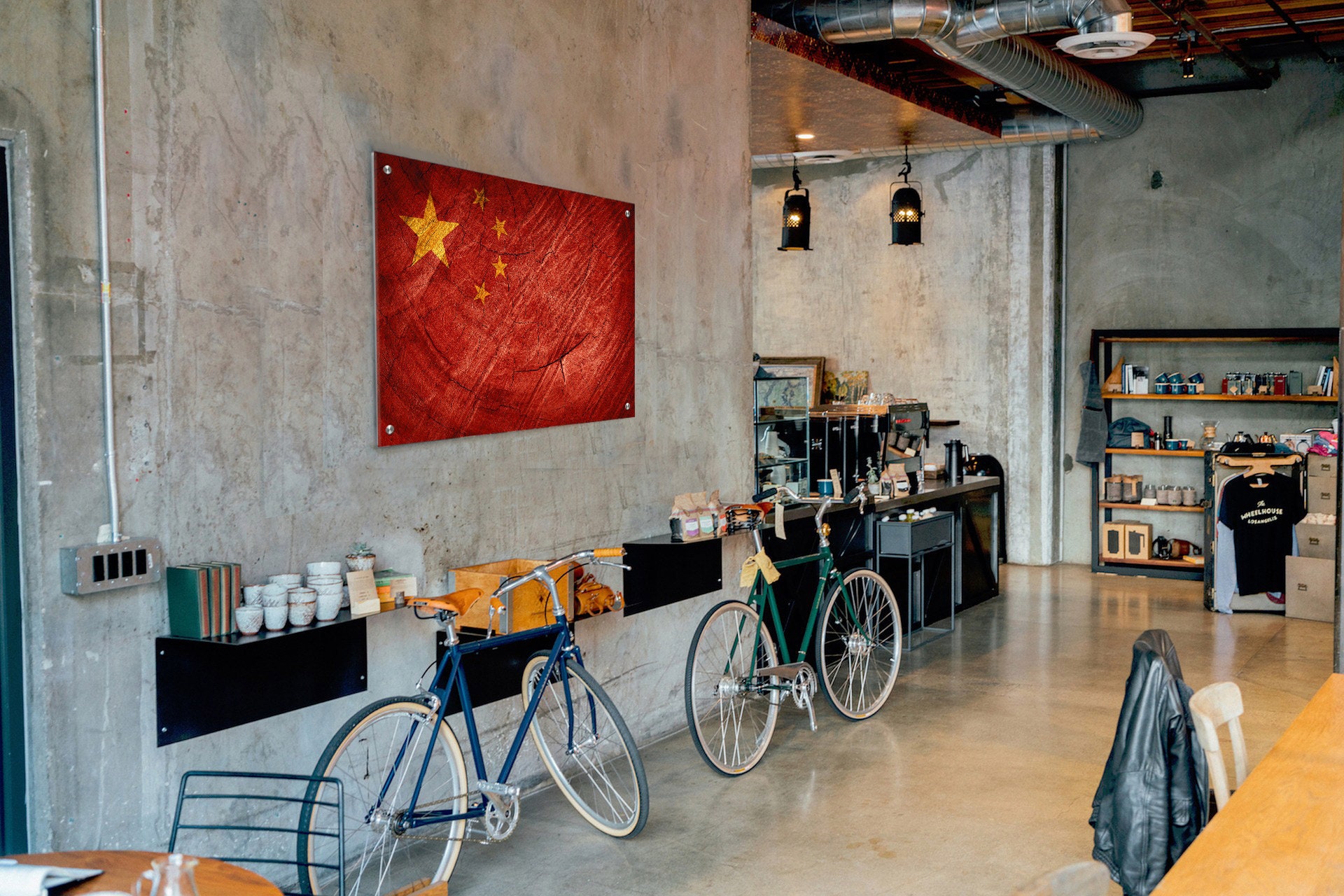 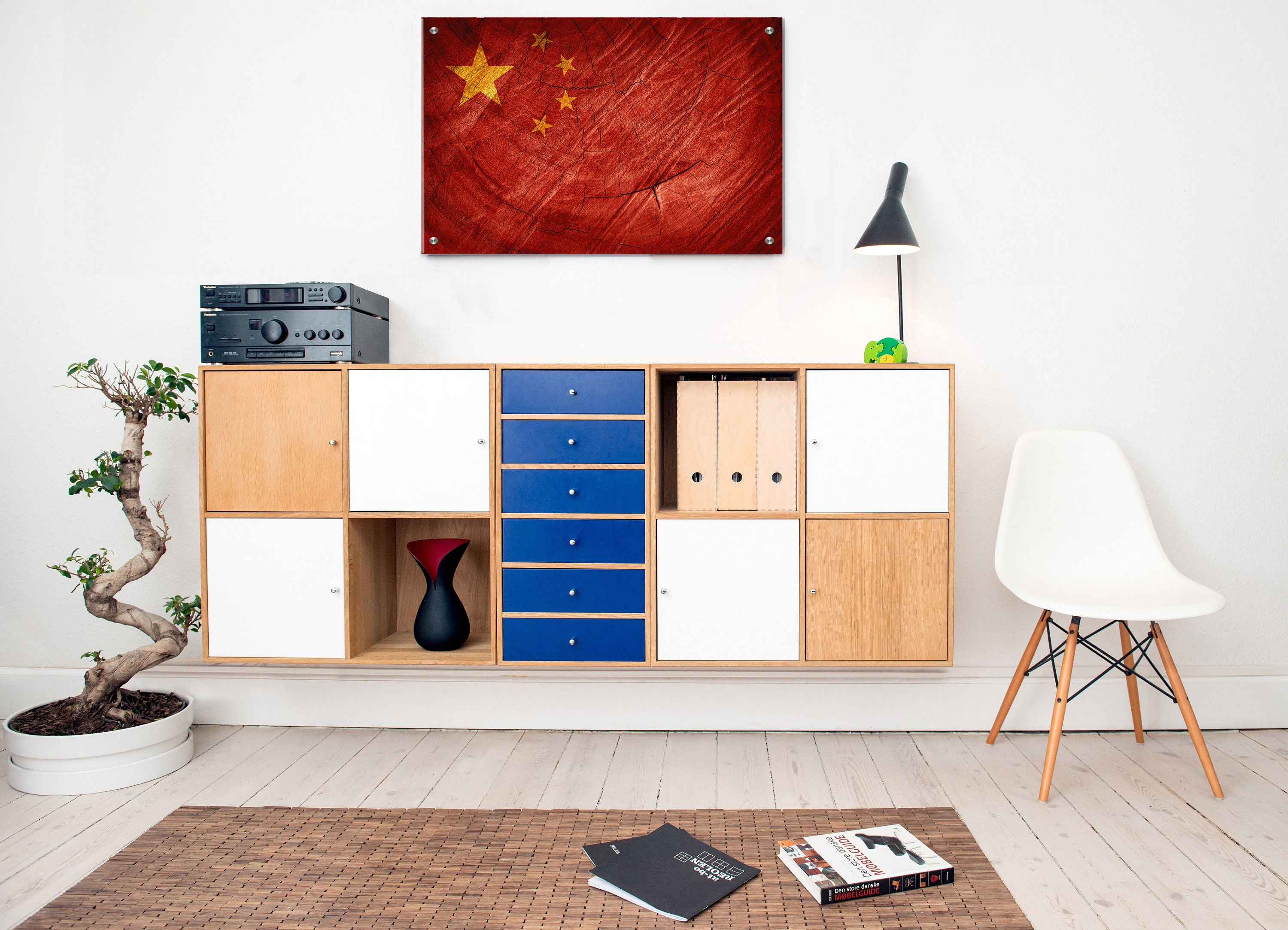 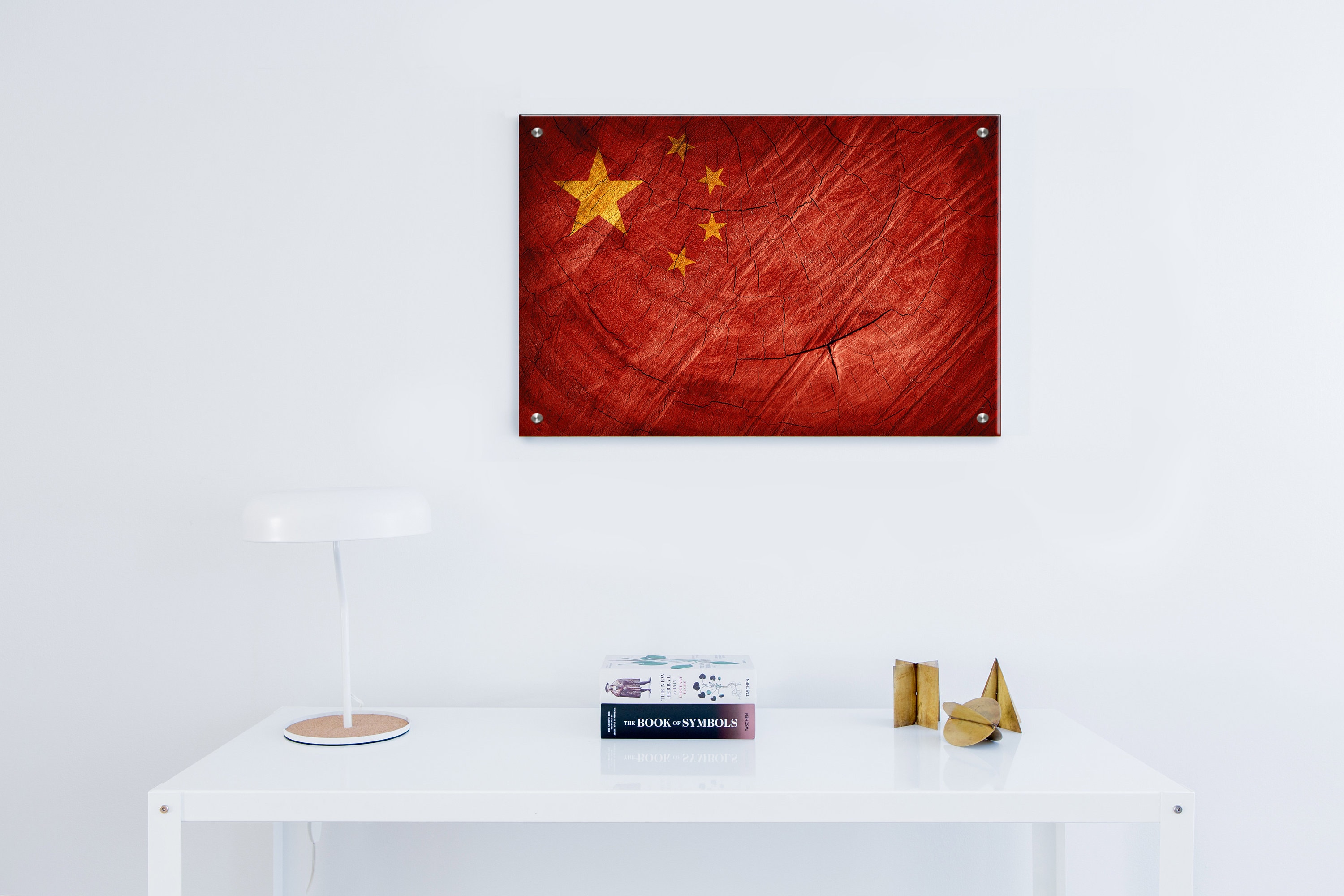 The flag of China, officially the National Flag of the People's Republic of China and also known as the Five-starred Red Flag, is a Chinese red field charged in the canton with five golden stars. The design features one large star, with four smaller stars in a semicircle set off towards the fly.

This piece is produced using high quality Refined brushed aluminum, we print directly onto de metallic surface giving the print that extra wow factor.
It comes with 4 standoffs (spacers) for an installation that will give the print that 3D floating feeling.
Great to use indoors or outdoors as the material is waterproof and resistant to the elements.
Message us if you require a custom size!
Proudly Made in the USA.